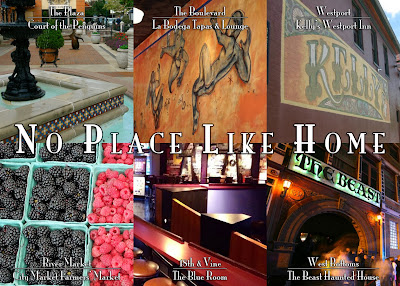 My fall collection launches tomorrow on Llarowe, so I wanted to give you guys a small preview of the inspiration behind the collection.

The collection is called No Place Like Home and the polishes are named after different neighborhoods in my hometown of Kansas City.


This shade was inspired by the Court of the Penguins fountain on the Country Club Plaza. 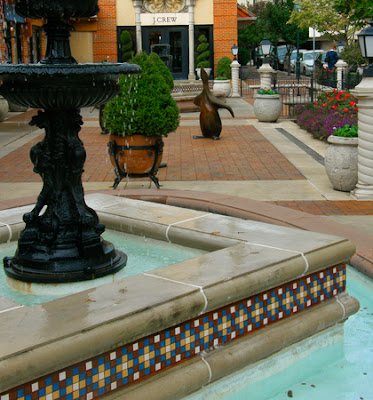 Besides its amazing shopping and restaurants, the Plaza is also known for its many fountains, statues, and mosaics. This fountain in particular stands out to me; I really love the juxtaposition of the dirty grey of the concrete with the bright colors of the mosaic.


This shade was inspired by the wall painting at La Bodega on Southwest Boulevard. 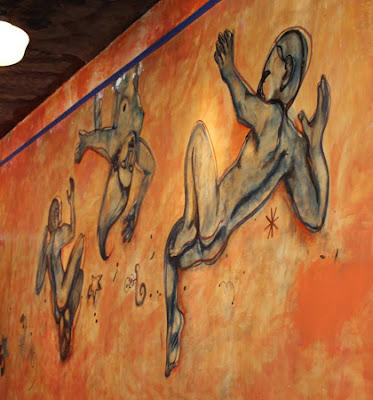 
This shade was inspired by the sign painted on the outside of Kelly's in Westport. 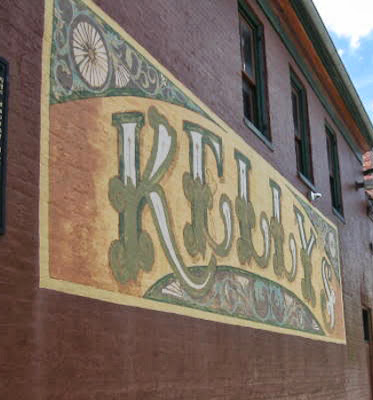 Westport is an entertainment district with plenty of restaurants, bars, and shopping. I suppose it's a little like a grittier version of the Plaza. And while it's older than the Plaza (around 150 years compared to the Plaza's almost-100, if I recall correctly), it tends to attract a younger crowd.

Kelly's is an Irish bar at the corner of Westport Rd and Pennsylvania Ave. One thing that makes it stand out is the small pizza place located in the rear. A slice really hits the spot after a long night out!


This shade was inspired by blackberries and raspberries at the City Market farmers' market in the River Market. 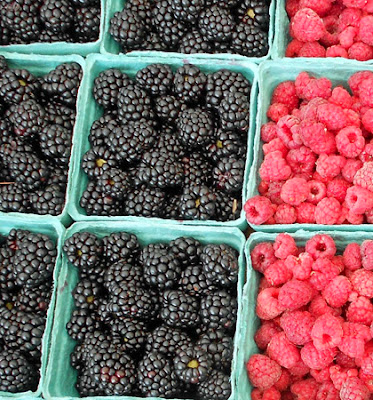 The River Market is another historic neighborhood in Kansas City, and the anchor attraction is the City Market farmers' market which is open year-round on Saturdays and Sundays. The farmers' market is certainly an easy place to draw inspiration from! Between the fruits/vegetables and the flowers, it is a riot of color. There were plenty of options to choose from, but I ended up most inspired by the color combination of the blackberries and raspberries.


This shade was inspired by the color of the walls at The Blue Room in the 18th & Vine district. 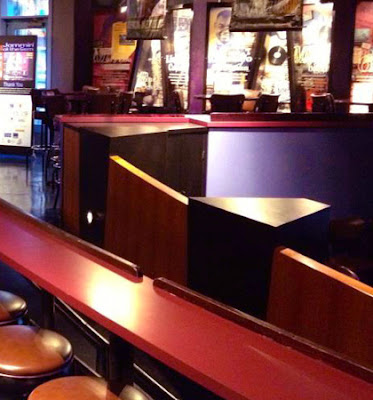 The Blue Room is a jazz club in the historic 18th & Vine jazz district. I was there earlier this summer and as soon as I saw the walls I knew I wanted to create a polish with a similar color combination. The walls are a blue-purple and the trim is a red-purple, and the overall effect is striking. My red-purple shimmer leans more pink than I intended, but I think I captured the general idea. :)

West Bottoms (fluorescent yellowish green with gold to green shimmer; glow in the dark and UV-reactive)


This polish is pretty different from what I usually do, but I wanted to have one polish in this collection be a "Halloween" polish... and this is the perfect polish for that since this shade is inspired by The Beast Haunted House in the West Bottoms area. :) 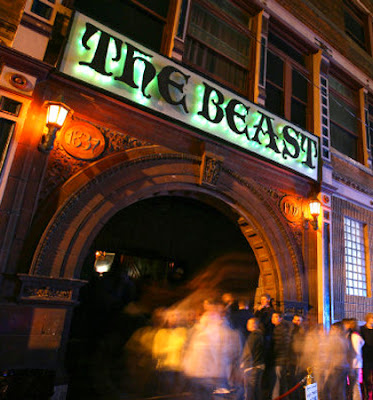 The West Bottoms is known for its haunted houses that open for business every fall. I've been going since I was a teenager and honestly, they creep me out almost as much now as they did then! They're the perfect combination of creepy and cheesy. :)

This polish is both glow-in-the-dark and blacklight/UV reactive. Naturally the glow is at its strongest when it's worn alone, but it's still pretty darn strong when layered! When layered one coat over black, the effect under blacklight is very strong (though you have to be careful to make the layer very even during application if you're only going to do one layer; otherwise the blacklight effect can look patchy), and the glow-in-the-dark effect was strong enough to creep my husband out the first night I wore it to bed. ;) As far as longevity goes, I charged my one-coat-over-black mani in the evening before bed (around 15 seconds with a flashlight) and I could still see a glow when I woke up the next morning. 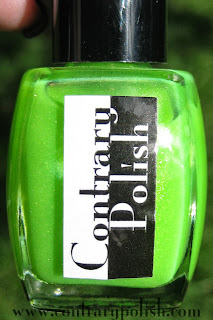 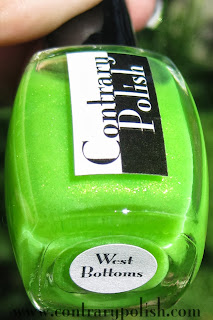 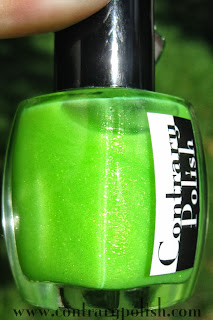 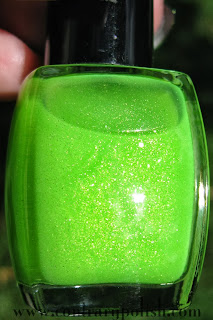 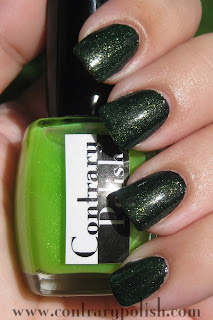 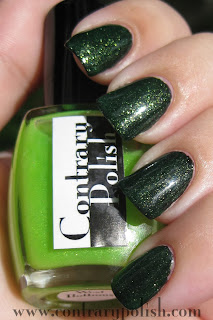 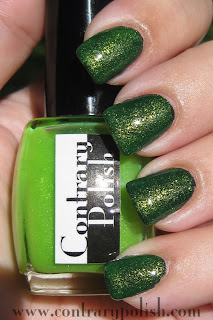 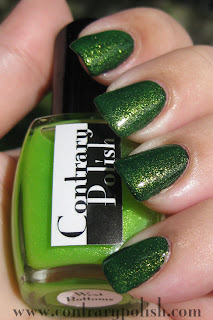 For swatches of all the colors in this collection, please see Vampy Varnish. Sometime tomorrow, I think The Polishaholic and Chalkboard Nails will have swatches up too. :)


Thanks so much for visiting my blog!